Francois Boucheix is a worldwide famous painter, he is the last surrealist master and the contemporary of Salvador Dali. Throughout his life, Francois Boucheix was awarded numerous painting prizes, and was decorated with medals, many of them gold. He has exhibited totally in 32 countries in Europe, the Middle East, the Americas, Asia and India. To date, over 4000 pieces of his art have been purchased by collectors from around the world.

Francois Boucheix was born in 1940 in a peasant family, and he never stop inventing and re-inventing worlds representing this theme and his bestiary. Francois Boucheix has a brightsome painting style, and his entire work attests to an extreme sensitivity to color. After over 50 years of painting and of experiencing the vicissitudes of the 20th century, he is still maintaining a such a fresh and such a mischievous worlds with naïve innocence. His invincible art touches both the naïve and the scholar, disarm the most cursory gaze, that stands out amongst the thousands of other canvases in a gallery. Francois Boucheix has always defines himself as a “dream surrealist”. For over 50 years, he made over 3000 paintings. His inspiration comes essentially from emotion and feelings, causes lines and colors to sprout like so many doors into a new world – with the painter as demiurge. Free therefore to compose joyous, light and, in a word, dream-like, harmonies, onto his canvases.

Artist Francois Boucheix learned painting through the people he met. But above all, his hard work to learn on his own led him to create. And that efforts paid off with his first exhibit in February 1960 in Tunisia, followed by many others in Auvergne and in other regions in Southern France. In 1964, he went to Paris and met Parisian art merchant Bernard Bessaïche, so amazed who became sales promoter of his art. In 1965, Boucheix exhibited alongside Dali, and other famous painters. And he decided to carry on the exploration of surrealist painters. He rejected the sadness and melancholy in the works of surrealist painters in the past, and opened up a new direction of dreamy and colorful surrealism. His work was an instant success, Paris’s high society flocked to adopt Boucheix. Whether it is an authority or a political leader, there is at least one painting of François Boucheix hanging in their living room without exception. From 1970 to 1988, he exhibited in all the greatest galleries of Paris.

In 1990, on the advice of his friend César- famous sculptor, he tried his hand at sculpture and concentrated on bronze. 70 models were composed and sold worldwide. They have been so famous that they are subjected to illegal copying. During his conversations with his friend Dali, he was struck by one of the greatest master’s comments : “ A painter is only truly known before his death if he opens his own museum”. In 2007, Francois Boucheix opened his own museum in Vichy city in France. The architecture of the museum is fascinating and there are thousands of visitors received every year. This museum has become a must for visitors in the cultural world.

Click on a picture or refresh the page to see other artworks. 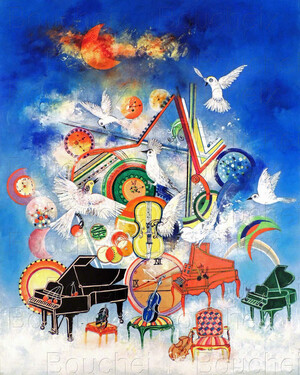 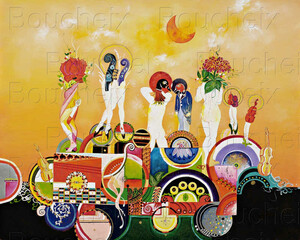 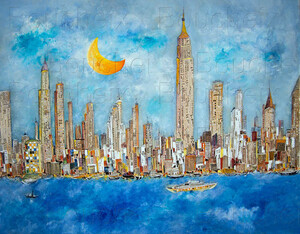 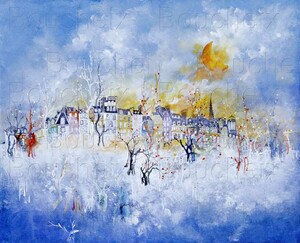 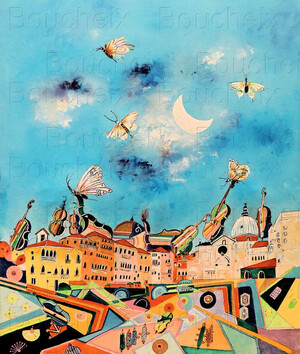 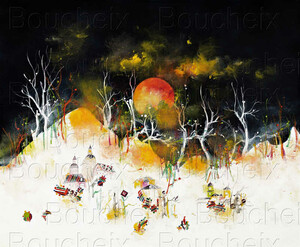 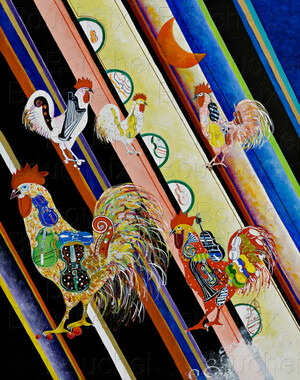 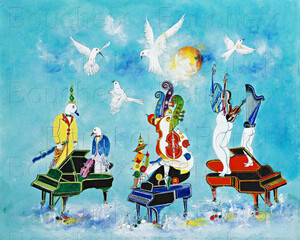 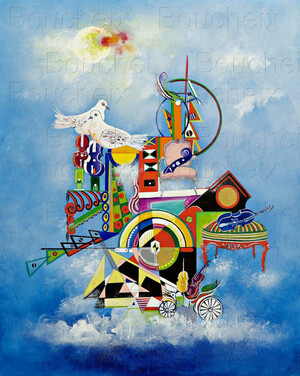 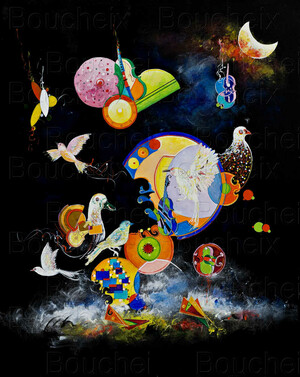